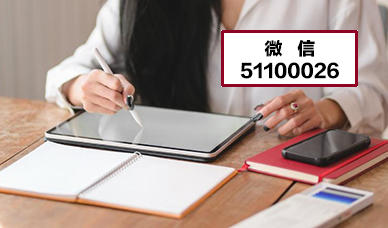 27 The "rolling wave" or "moving window" concept is used most frequently on projects where:

A. The baseline is frozen for the duration of the project and no scope changes are permitted

B. Marketing is unsure of what the customer actually wants and reserves the right to make major scope changes


33 The traditional organizational form. has the disadvantage of:

E. Inflexible use of manpower

A variance envelope has been established on a project. The envelope goes from ＋－30% in R&a

A variance envelope has been established on a project. The envelope goes from +-30% in R&D to +-5% during manufacturing. The reason for the change in thickness of the envelope is because:

A . The management reserve has been used up.

C . Tighter controls are always needed as a project begins to wind down.

D . Of the personal desires of the project sponsor.

E . Of none of the above


Things that distort, distract, or muddle the communication process are called:

E All of the above.

33 The strong matrix versus a weak matrix.

A. team members are more likely to be assigned to the project office in a strong matrix

B. strong matrix is more difficult to manage.

C. the balance of power has shifted away from the PM.

D. functional managers no longer has control over the technical processes.

149 An individual who is working on the satisfaction of physiological needs has essentially satisfied which needs?


115 In which of the following contract types is it easier to change the scope of the contract:

B. fixed price plus incentive fee

C. cost plus percentage of cost

E. None of the above.

A. Conflict in authority between project manager and functional managers

B. Dual allegiance on part of team members "


On a precedence diagram, the arrow between two boxes is called:

D. The way we move our hands

A. What kind of message to send

B. to whom to send the message

C. how to translate the message into a language that everyone can understand

D. All of the above


113 A project team member submits a suggestion on how to improve the corporate procurement process. This is an example of _____ communication


● A completion of a local government study resides on your critical path. This would most likely be referred to as:

E A lost cause


The use of the project reports:

A.are not necessary on small projects

C.provides insight into project areas and the effectiveness of the control systems

D.All of the above

169 Your team has prepared a CPM schedule for your review. You notice that one node has six inputs (including two dummy activities) and four outputs (which include one dummy activity). Select the correct statement from the following:

A. This is a valid representation if the logic is correct.

B. This is invalid because a node can have a maximum of one dummy input representation if the logic is correct.

C. This is invalid because nodes cannot have both dummy inputs and dummy outputs.

E. This is invalid because a maximum of two inputs and two outputs are allowed using the critical path method


198 Which of the following are part of the purchasing cycle:

B. prepare and issue purchase order

D. All of the above.


164 Management styles associated with production environments, such as assembly lines commonly include:

A. a directing style. of leadership.

B. a lack of confidence in their workers


Project Risk Management is based on which of the following premises:

A the future is unknown.

B unknowns can result in risks or opportunities.

D project risk impact can be measured and controlled

E All of the above.

107 A work breakdown structure is most useful for:

A. identifying individual tasks for a project

B. scheduling the start of tasks

A. is another name for careful inspections.

B. is inversely related to productivity.

C. is primarily the responsiblity of management.

D. is primarily the responsibility of the workers.

E. is essentially a motivational technique


116 Which of the following is not a cost of non-conformance?

A. maintenance and calibration


● Management plans include all of the following except:

A Organization of project.

16 Traits of a participative manager include:

B. being an effective delegator

D. All of the above.

A. an integrated approach to managing projects

B. a coordinated undertaking of interrelated activities.

C. a group of activities directed by a project manger over a life cycle

D. an undertaking with a defined starting point and defined objectives


117 Which of the following is not a method of government procurement.